What Is Ring Bologna?

Previous Next
What Is Ring Bologna?

The most famous bologna began in Bologna, Italy—home of mortadella, the lovely sausage studded with pork fat and pale green pistachios, but ring bologna has evolved on its own in the United States.

The Development of Ring Bologna

Sausages can be so hyper-local that many are named for the towns they originated in. As the people who made those sausages settled in new lands, they adapted familiar foods and embraced new customs. Bologna fits into the USDA definition of cured, cooked sausages which also includes hot dogs, cooked bratwursts, and knockwurst, made from different kinds of chopped or ground meats which have been seasoned, cooked, and smoked.

America’s melting pot of the 1800s brought many sausage traditions together for a product different from what they may have found in the old country. Almost every variant of bologna is an emulsified sausage. While basic sausages are simply ground meat mixed with flavorings and salt, the ingredients in an emulsified sausage are pureed into a paste and carefully mixed so that the fat is suspended in the meat and water, creating a smooth, fine-textured result. One of the sausages to come out of these developments is ring bologna. 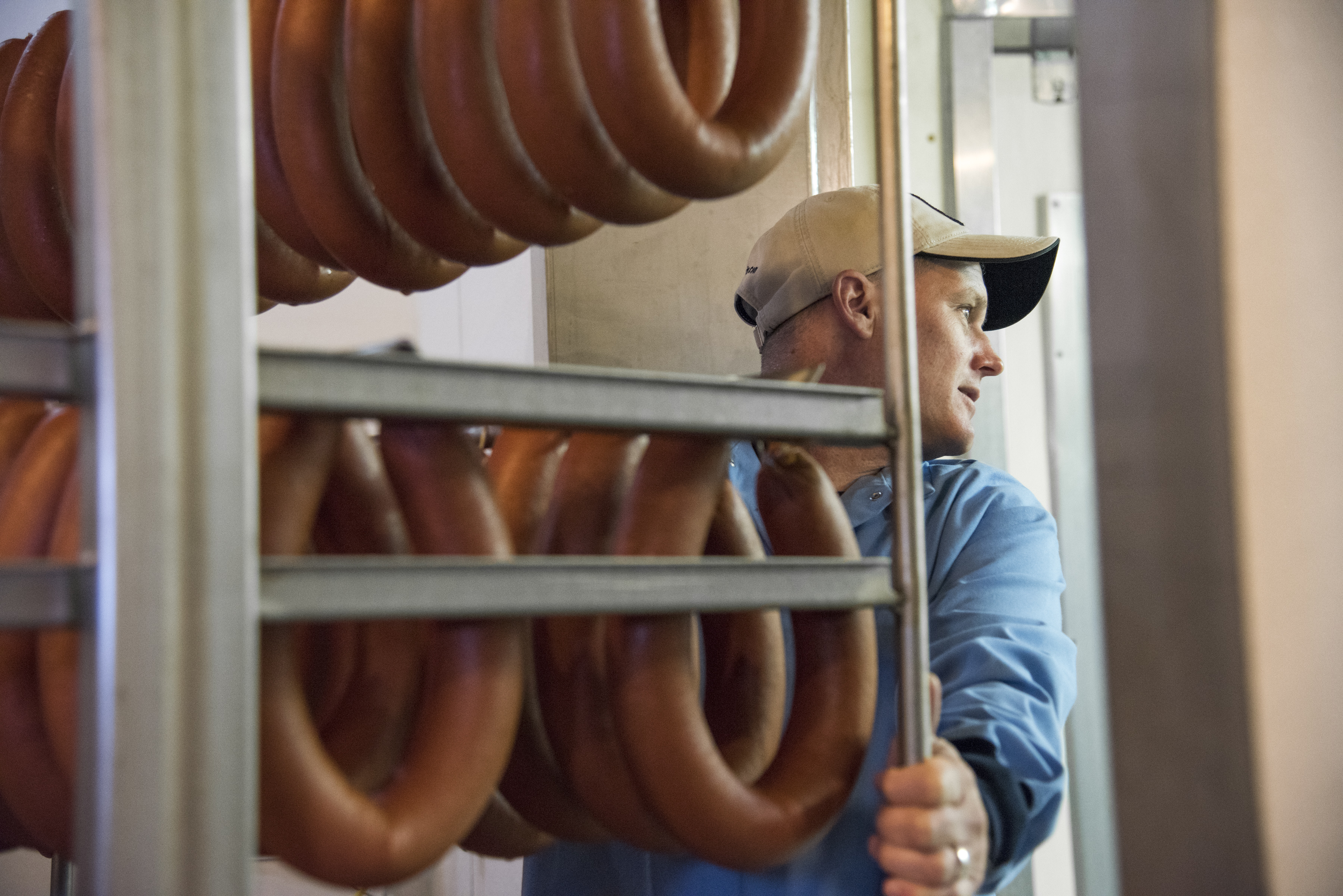 Germans are serious about their sausages, so it’s no wonder that at Denver Meat Company from Denver, Pennsylvania, we’ve inherited that passion. A descendent of German ringwurst, ring bologna is packed into casings two inches in diameter and formed into loops, giving the sausage its name. As with most processed meats, ring bologna is fully cooked and edible right out of the package. This makes it ideal for use in cold sandwiches. However, the flavor usually is enhanced by simple cooking methods such as pan frying or broiling. Ring Bologna is an authentic Pennsylvania Dutch specialty named for its distinctive ring-shaped casing. In Pennsylvania Dutch traditions, ring bologna is paired with pea soup or sauerkraut, but ring bologna works just as well on any meat plate, stew, pizza, and more!